Having to say goodbye is always bittersweet. To some, it may seem like letting go. To others, it’s a bountiful process that opens more doors. Today was Lalo Rodriguez’s last day at AllProWebTools, and although we’re sad to bid him farewell, we find solace in the knowledge that his time here can only lead him to bigger, better opportunities. I had a chance to speak to Lalo about his time here, and learnt things about him that I was previously unaware of. Some of these include his Colombian heritage, salsa dancing skills and the fact that if he was a cartoon character, he’d be Disney’s Robin Hood, the fox.

His reasoning behind the choice: “…Justice?” 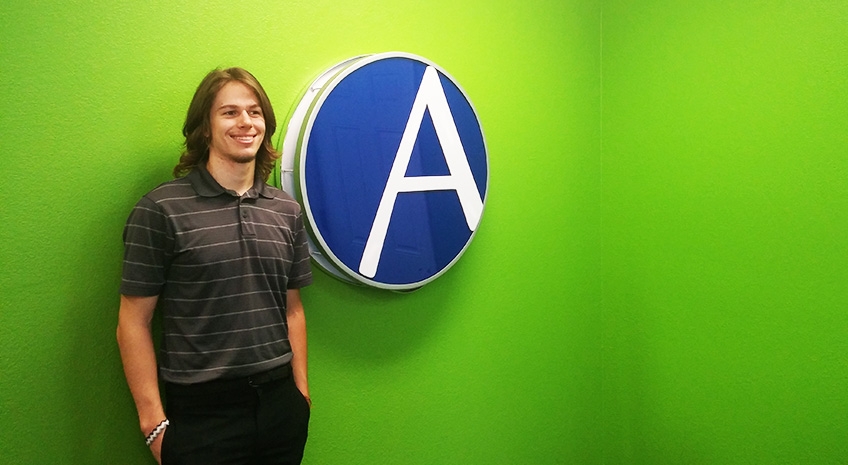 Lalo interned with AllProWebTools for 3 months, in the interim before his last semester at Front Range Community College, as a programmer on the web development side. During his time with us, he learnt five different programming languages, API-JSON communication, debugging and “way too much about Ubuntu.” He informed me, while blatantly cheating and looking at the rest of my interview questions, that he’s always been interested in programming - NOT debugging, mind you, - because he finds it rewarding to get completely lost and figure the problem out, only to eventually build something “awesome and professional.”

‘Awesome and professional’ is assuredly part of Lalo’s contributive legacy to AllProWebTools. Over the last 300 hours he spent in the office, he created a Contact Relationship Algorithm, helped update the security features of our password manager with an encryption/decryption algorithm, and even had his hands in an upcoming Postcard integration feature. You’ll have to stay tuned for that one ;)

“What’s the plan from here on out?” I ask him, wondering whether he had more direction in mind than I did on graduation day, barely four months ago. He reports that his time here sparked a greater thirst for knowledge in the programming field, and he now knows what to look forward to with future employment. With that in mind, he plans to apply for other web development jobs after his last semester ends. But as a secondary plan, he’d like to take his passion for DJ-ing from hobby to full-time profession. Turns out he really does have more in mind than I did.

“Last question, Lalo. If you were selling sea shells by the sea shore, how many do you think you’d sell?”