Meet Kaitlyn! An invaluable part of the AllProWebTools team. 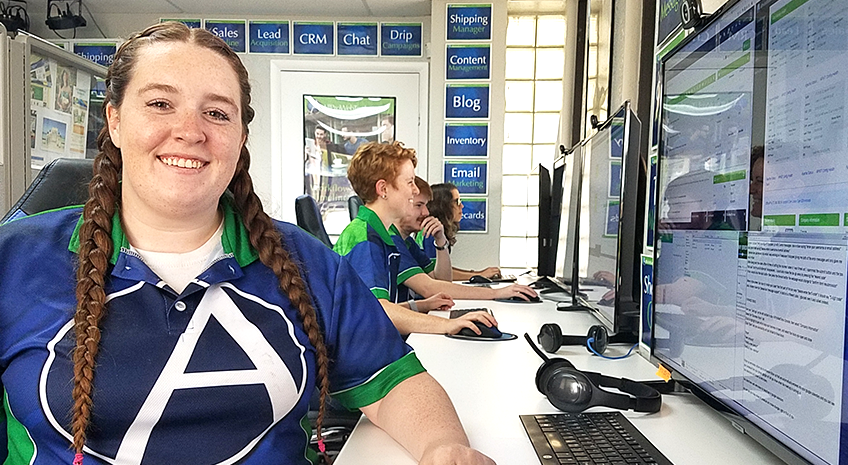 How do you capture the sentiment of a redemption story? If I'm honest, I don't know that I can properly put into words the heartfelt conversation I had with my co-worker, but, I'll do the best I know how.

"I was a mess!," Kaitlyn exclaimed. I could see she wasn't exaggerating. We were talking about her life before coming to work at AllProWebTools, where she's a customer service rock star (among MANY other things). "I couldn't learn to detach myself from the outside world. I would allow outside things to affect my workday."

In recounting her experience at a car magazine where she previously worked, she reflected on that period in her life. She split her working hours between the magazine, where she was a layout designer and sales representative, and as a cashier in the fast food industry. It was a chaotic schedule, during a very chaotic time in her life. "I used to allow people to walk all over me, and I would bend at their beck and call."

Then, seven months ago, the script flipped. She went from despising her day-to-day routine and lacking fulfillment in her personal and professional life, to experiencing what it was like to take pride in her work and herself. "I didn't have goals...I was just living, going day by day. Now, I want to be successful, to have a career I can be proud of. And now I have it! I have a career I can keep growing in."

Hearing those words expressed so genuinely was refreshing. The joy behind the words was palatable. It made me proud to be sitting in the same office where she experienced that turning point. To go from waking up every morning with distaste for her routine and the jobs, to where she is now, is growth one hopes that all people benefit from along the journey of life. Nowadays, Kaitlyn goes home thinking about AllProWebTools. "...and I'm proud to say what I do...[Now] I put myself first, I put my foot down. I took that from being in the office, and people don't look at me the same as they used to. I don't let people take advantage of me!"

Kaitlyn is a bona fide jack of all trades, and works everyday to become the master of all. To say she wears many hats would be an understatement! She started out focusing on providing stellar customer service, in keeping with AllProWebTools' award winning model. She quickly began to take on additional tasks including creating images in Photoshop, video editing, branding, and marketing. She gradually showed strengths in those areas, and verbalized her interests. When she first came to AllProWebTools she had only a little working knowledge of Adobe InDesign, gained from her time with the car magazine. Everything else, from Photoshop to video editing to web design, she has learned on the job at AllProWebTools, where she was encouraged to explore her interests and was given the guidance to do so effectively.

"You do a lot! But, what tasks excite you most?"

"Anything graphic. Anything creative," she tells me. "Just give me an idea of what I'm going for, and I'll come up with ten different ways of executing it."

The hiring manager at AllProWebTools sang praises of Kaitlyn and how invaluable she is to the company. “We were willing to work with Kaitlyn because we saw that she had the desire deep down to learn and grow, and we wanted to give her an environment where she could do that. We prefer to hire based on character over ‘skills’ because the sum of a person’s potential is not necessarily what’s on their resume.” 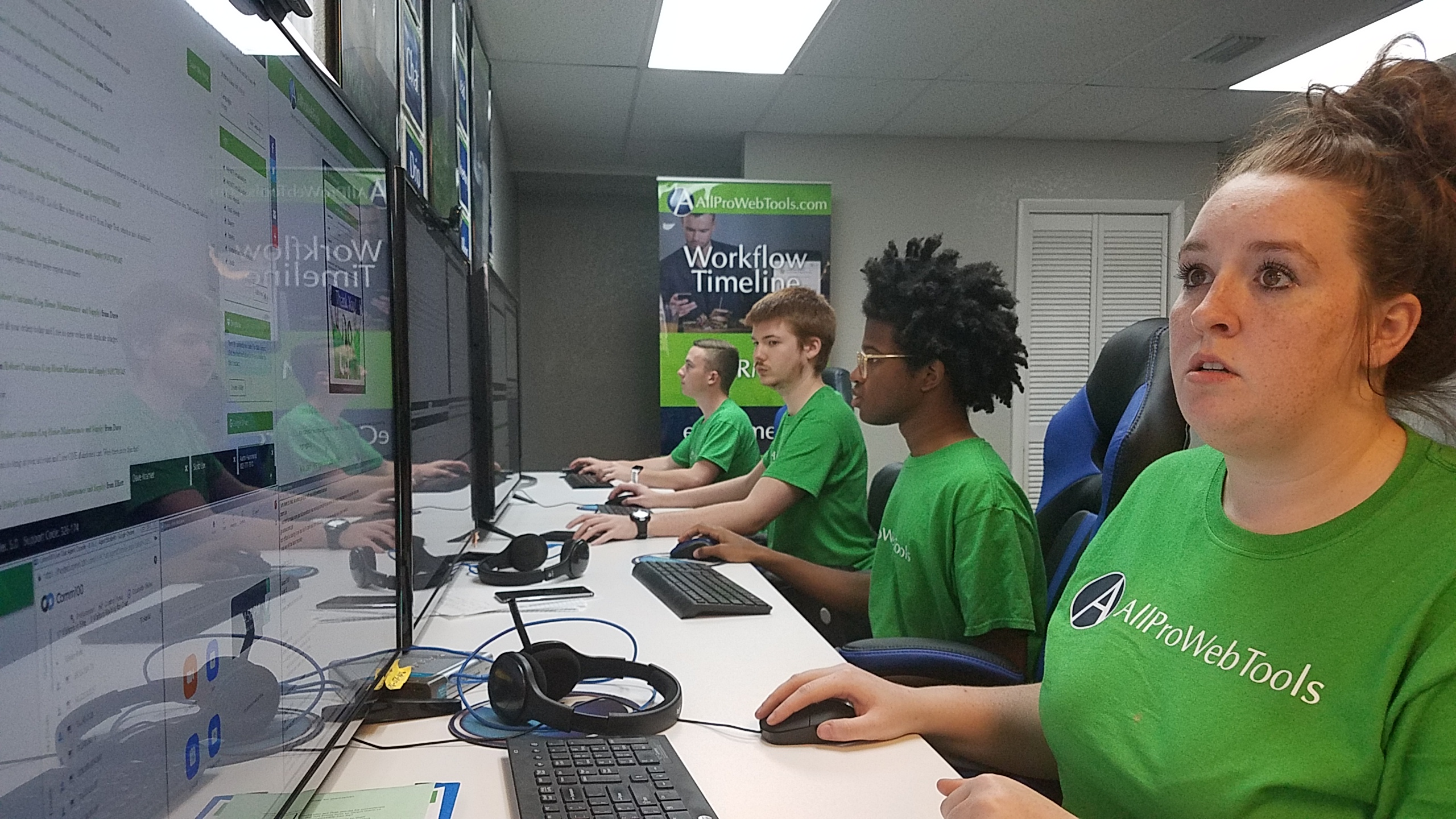 For Kaitlyn, all of her success and growth, not only personally but with AllProWebTools, she attributes to the company culture she was adopted into during a time in her life where all she desired was a chance at something more than what she had experienced. "My parents owned [the magazine]. I was entitled, sheltered...there was a lot of drama [there] - very unorganized. You could run roughshod. Here, I have deadlines, I have things to accomplish. It made me organized...[the company] gave me a chance and now I'm here everyday."

"So, all that being said, how has working here changed your future goals, personally and professionally?"

"Seven months ago, I never thought I'd be doing this," she says. "I can't tell the future, but, I know I'll continue to learn more. I'm excited for what else I can learn...I took what [the company] has taught me, and transformed it to my everyday life. I'm more confident, more successful."

About the Author: Audrey McCranie

Customer support is the name of Audrey’s game at AllProWebTools. She’s driven to help people make the most of their experience with AllProWebTools, and is passionate about communicating new ideas and skills through blog articles, training videos, or one-on-one chats. Outside of the office, Audrey is listening to and lifting heavy things at the gym, exploring the great outdoors and her hometown of Lakeland, FL, doing yoga, creating art, working at her church, making music with her band, writing, or enjoying one of her favorite podcasts.