Has your power ever gone out at home? How about at your place of work?

When that happened, what did you do? Sit there and wait for it to come back on?

That's not what happens at AllProWebTools! They come up with creative ideas to solve problems.

Noah, a programmer for AllProWebTools, loved that he refined his creative problem-solving skills at AllProWebTools. One of his favorite memories was when the power went out at work one day and instead of sitting around, AllProWebTools hosted an exciting game of laser tag.

Jealous? Well, not to toot their horn, but AllProWebTools offers so many more perks! 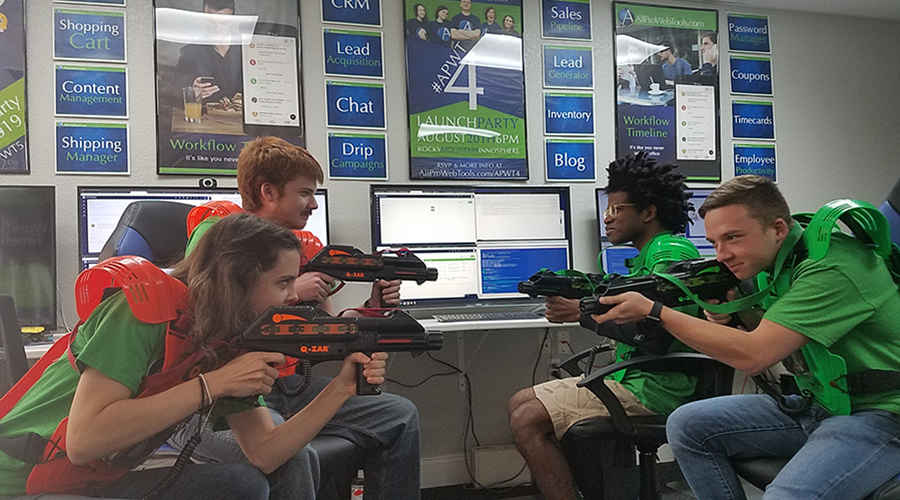 Starting out as a paid intern at AllProWebTools, Noah excelled so quickly that he was hired as a full-time programmer and worked with our team for two years.

During his time at AllProWebTools, Noah:

A Company You Can Love Working For:

While describing the internship program through AllProWebTools, Noah exclaimed "You get paid to learn!".

It's true! The staff at AllProWebTools teaches their employees to create out-of-the-box ways to solve problems and to see their solutions actually help small business owners.

He said another benefit to working at AllProWebTools was that he got to work together with a great group of people who encouraged him to grow. All of the assignments he had done in college were just solo projects.

While explaining to one of this fellow coworkers, Noah said, "It's cool to see how you're actually helping small business owners with the stuff you're working on every day."

He excitingly added that it was awesome to help a customer through using a tool he was able to create. 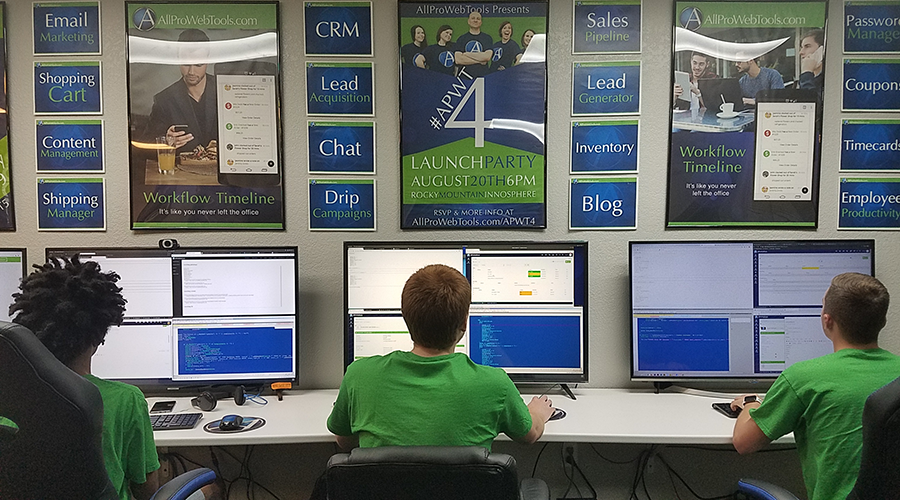 So...What Does Noah's Experience Mean for You?

There are many reasons why Noah found success through his internship at AllProWebTools.

About the Author: Kayla Trefren

Although she is from a teeny tiny town in the middle of the mountains of Colorado, Kayla feels right at home here in Lakeland, Florida. Growing up, she's always had a passion to help others. Kayla loves working for AllProWebTools because she gets to make a difference in people's lives every single day. This job has shoved her out of the nest and made her realize she could fly. (Wow, so poetic!) If she's not working in the office, you can find Kayla writing poetry, playing beach volleyball, picking up weights and putting them back down at the gym, dabbling in some self-depreciating humor with her friends and hanging out with her dog because she is obsessed with how cute he is.