Just when you were starting to get used to the idea of Millennials in the workplace, here comes Generation Z. According to experts, Generation Z has noticeably different aspirations, expectations, strengths, and weaknesses when it comes to the workplace than the previous generation, Generation Y (commonly known as Millennials).

What does that mean for small business owners looking to expand their talent pools? Here’s how to make the most of young talent, and how to navigate some common issues and shortcomings. 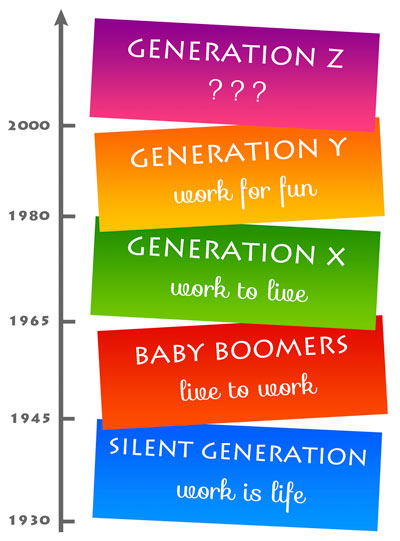 What is Generation Z?

Definitions vary as to when exactly Generation X ends and Generation Z begins, but most sources say those born after 1995 fall into Gen Z. “Millennials” are those who came of age around the new millennium, and the oldest member of Generation Z are coming of age right now. The cutoff for Generation Z is approximately 2012.

Currently, Generation Z occupies only 7% of the workforce, but they’re an even larger generation than Millennials, and by 2019, over 30 million Gen Zers will likely be employed.

The Difference Between Millennials and Generation Z

Obviously, when talking about generations, it’s impossible to expect any general statements to represent every individual. There’s also considerable blurring between generations at the two ends.

Disclaimers aside, experts categorize the two based on the age members were during three major upheavals of the 21st century.

Millennials are old enough to remember all three of those events in detail, and to have a before/after contrast of life in America as a result of them.

Generation Z, on the other hand, takes the tumult of the 21st century for granted. These are the kids who can’t believe people haven’t always had mobile phones, who have always had Google on hand to answer any question, and who define themselves by their social media feeds.

"Generation Z, on the other hand, takes the tumult of the 21st century for granted." [Tweet this]

They tend to take financial uncertainty and job-hopping as givens, having watched their parents struggle through the Great Recession. They’ve also witnessed the blurring of lines between work and play, and idolized young billionaires like Mark Zuckerberg at an even younger, more formative age than Millennials.

You can read more about the perceived differences between the two generations in this infographic. 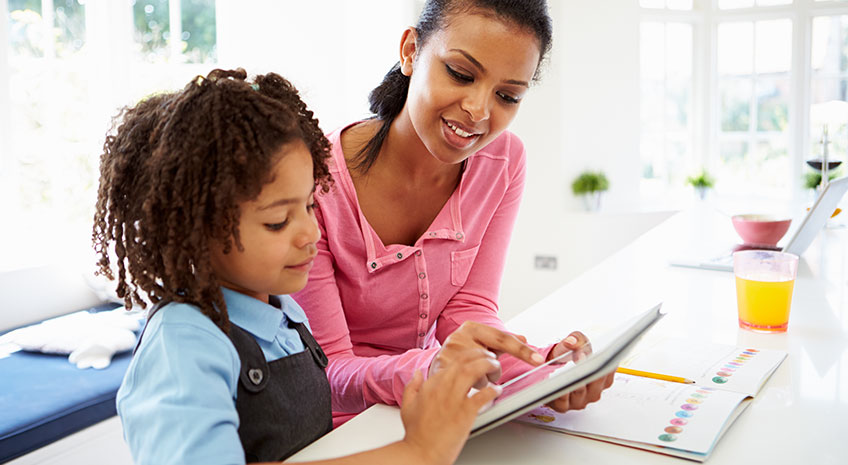 Generation Z in the Workplace

Millennials caused a stir when they entered the workplace. Immediately, their Baby Boomer and Generation X bosses and managers began accusing millennials of being entitled, needy, and unmotivated workers. Generation Z is likely to be another transition, but at least in the same direction.

Currently, however, it’s hard to speak with any certainty about Generation Z, as they’ve only just started entering the workforce. But here’s what we predict:

It’s easy to identify the strengths of this tech-savvy generation. They’re even more intuitive with technology than Millennials, as they grew up not just with computers, but with smart phones.

For this reason, they’re quick to find answers to their own questions, they’re tuned in to what’s up-and-coming, and they’re natural experts at curating an effective online presence. Most seem to also be comfortable self-starting and self-promoting, particularly if they can do all the steps themselves online.

The weaknesses of Generation Z are also easy to pinpoint, and they’re also related to technology. Gen Zers are accustomed to instant gratification, seamless technological functioning, and high levels of autonomy.

This can lead to impatience, carelessness about security, and difficulty being managed. But the biggest weakness caused by technology is inability to communicate effectively in person.

Millennials have a reputation for being values-driven, and Generation Z is likely to continue that trend. Soon-to-graduate college students who are part of Gen Z have reported that they are worried about finding their dream job after college.

The personal and professional is likely to be increasingly blurred, with the help of technology. Generation Z will demand the freedom to create a life that fully satisfies work and play.

"Generation Z will demand the freedom to create a life that fully satisfies work and play." [Tweet this]

They are also likely to follow in the footsteps of Millennials, demanding that their workplaces adhere to their personal values. This means corporate responsibility, but it also extends to culture, diversity, and tolerance.

Because many Generation Z individuals have such a strong vision and such clear values, they’re likely to find entrepreneurship appealing in some form. Many experts are already calling Gen Z the “Contractor Generation,” predicting that many will piece together a living from a variety of regular and one-time gigs.

But most Gen Zers recognize that they have a lot to learn before they’re totally ready to strike out on their own. For this reason, many are likely to seek out apprenticeships or jobs with small businesses in the approximate industry they’d like to pursue.

In many ways, like the Millennials, Generation Z will make great small business employees. They are creative, driven self-starters, with strong values that will make them assets to employers.

But recruiting and retaining Generation Z may prove to be even more difficult than for Millennials!

Have you hired anyone from Generation Z yet? What traits have you noticed about this generation?

About the Author: Dave Kramer

My goal is to provide small business owners with the marketing, productivity, and commerce tools they need to make their business a success!

Lyza: The Best First Week An Invisible Recaptcha to Stop the BotsSign Up Boxes and Lead Forms, Necessity in the Digital World