Do you ever feel like the voicemails you’re leaving your leads and prospects are disappearing into a black hole? Do you call and call, but have so much trouble getting a human being on the line, much less actually scheduling a meeting or demo?

Unfortunately for salespeople, the reality is that no one likes receiving sales voicemails. But a successful salesperson knows that impactful #voicemails can lay important groundwork. Making a sale often requires lots of “touches” or encounters, including some voicemails.

Here are the strategies I use to script, deliver, and follow up on voicemails. Use these tips whether you’re making cold calls, working a prospect through the funnel, or upselling an existing customer. You’ll find that more of your prospects call you back promptly, and with more enthusiasm! 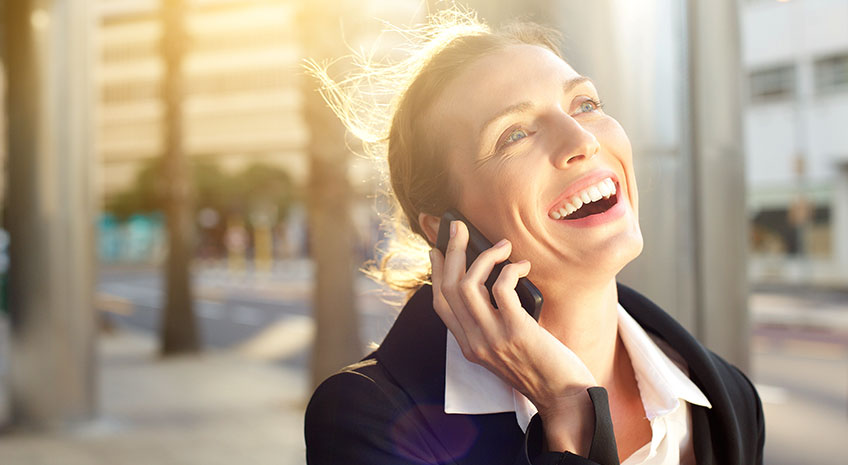 The first step to leaving an impactful voicemail is, of course, to actually leave a voicemail. So many business owners, probably recognizing that they themselves don’t like receiving sales voicemails, just hang up when voicemail picks up. “I’ll try again later,” they say.

If you do this, you’re missing the opportunity to build up those valuable touches that might one day add up to a sale. Don’t just be a missed call! Take the opportunity to provide your prospect with valuable information, and lay the groundwork for future touches.

How does pretty much every sales-y voicemail start? “Hi, I’m Jane Doe with XYZ Company, and I want to talk to you about . . .”

This model may be direct and informative, but it’s also transparently focused on making a sale. You’ll be lucky if your prospects even hear what you wanted to talk to them about before they press delete. Anything you can do to sound less scripted and more human will increase your chances of getting a response.

3. Focus on the Prospect as an Individual

There’s another problem with that specific sales-y script I mentioned above: it starts the message with the focus on the salesperson, rather than on the prospect. Lead with something specific to that prospect, and be rewarded with much more interest!

For cold calls, mentioning referrals works well, or you can bring up something you found out while researching the company. For prospects you’ve already spoken to, use your CRM to look up details from past conversations that you can use to steer them towards a sale.

Remember, you should never try to sell in a voicemail, but you can offer a lot of value! Let them know what you can give them for free (demo, relevant content, etc.) and what value they’ll get if they do decide to pay you. Don’t forget to mention times when you were able to help someone similar to them!

Develop a concise, specific value proposition to include in #sales #voicemails [Tweet this]

The ultimate goal of an impactful voicemail is to get your prospect to call you back, so you don’t have to call and call, hoping to catch them. Ultimately, you may still have to do that, but if you let the prospect in on that fact, they don’t have much incentive to call you right back — they can just wait for you!

To get the most prospects to call you back, include a clear call to action in each voicemail, letting them know when you’re available to talk (don’t give them just one appointment to take or leave!) and asking them to give you a call.

As I said before, the goal of leaving voicemails is to get your prospect to call you back. But even if they don’t, they’re likely listening to your messages, so it’s important to keep trying. You’ll have to experiment to figure out how many voicemails to leave and how often, and plan a strategy.

If you plan to leave multiple voicemails, make sure you don’t fall into the classic trap of reading the same script over and over to your prospect. Make sure to always include new information. Hubspot explains how to do this really well in this blog post.

I believe that so many small business owners have trouble with leaving voicemails because of how many bad ones we heard all the time. But you can stand out from the crowd of lame voicemails by being an individual, and by making it clear in your voicemails that you want to talk person-to-person, not script-to-person.

What strategies have you used to leave more impactful voicemails? Let me know in the comments!

About the Author: Shantel Vines

Shantel is the Sales Manager at AllProWebTools, helping small business owners discover how they can achieve their revenue and growth goals by using the software. She has also been a small business owner herself for many years. Overall, Shantel’s passion is for helping people succeed both personally and professionally, whether they’re clients, members of her sales team, or part of her extensive network of small business owners.