One of the major challenges of entrepreneurship is striking a balance between seeking advice and forging your own way. Great advice at the right time has saved countless startups and small businesses, but not all the advice you'll get from others is true, useful, or applicable to you.

These five entrepreneurs shared the worst advice they ever received from mentors, friends, and advisors. All of these pieces of advice were well-intentioned, and might have worked well for different businesses and industries, but they certainly weren’t right for the situation.

Let this be a reminder to think critically about all advice you get as an entrepreneur — including what these five had to say! Check out these inspiring stories for some well-considered advice and inspiring stories. 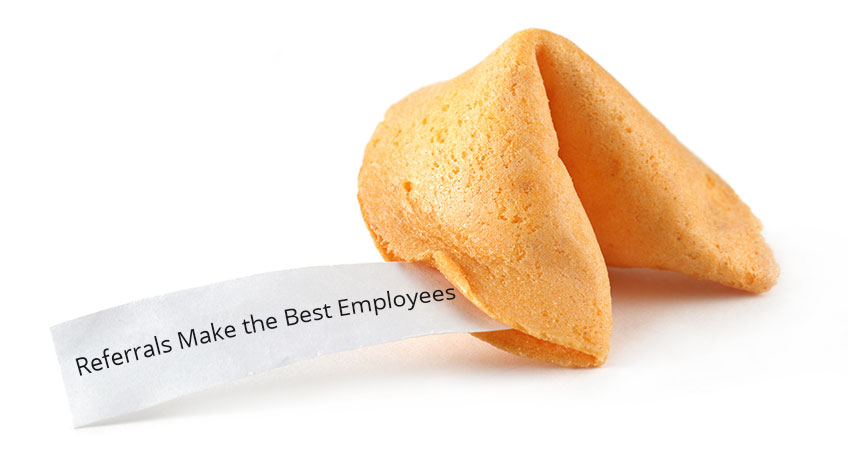 “The worst advice we received was that referrals make the best employees and interns,” said Dara Beevas, Co-Founder and CSO of Wise Ink Creative Publishing, based out of Minneapolis. “We’ve found that this is not true.”

According to Dara, “Referred hires tend to have more entitlement and less emotional investment—a recipe for disaster for any startup who requires agile employees willing to go the extra mile to help you get off the ground.”

Dara said they got a much stronger pool of qualified, experienced candidates by posting job opportunities on LinkedIn and other job sites. Most importantly, these candidates are more likely to do their research on the company and demonstrate true connection with Wise Ink’s mission and values.

For that reason, while Wise Ink still accepts referrals, they don’t give a candidate “extra points” just because someone vouched for them.

“We also make it clear that they’re competing against a talented pool of enthusiastic candidates,” Dara said. “As a startup, we’ve learned there’s plenty of interest in our business, vision, and services. We don’t need help finding candidates. The right ones find us.”

"We don’t need help finding candidates. The right ones find us." [Tweet this] 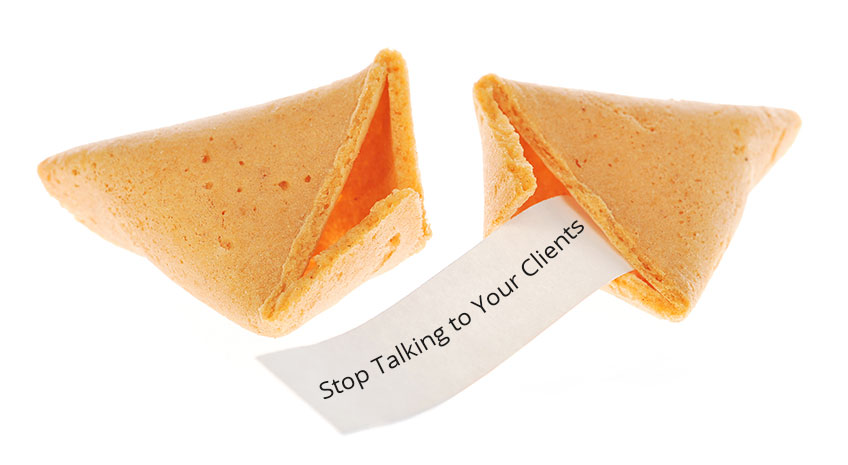 Greg Archbald, founder and CEO of GreaseBook, an oil and gas production management software company, got some of his worst advice from an early mentor.

The advice: “You have to get off the phones, get off the help desk, and stop talking to your clients.”

The advice rang wrong to Greg, who recognized the dangers of trying to scale too quickly. He didn’t want to end up insulated from the needs of his clients, and didn’t want to get caught in the trap of focusing too much on funding and not enough on the day-to-day of running a business.

“Very few folks understand that oil and gas is very much a relationship driven business,” Greg said. “Even though I'm the CEO, I still talk to owners, geologists, engineers, admin, and pumpers in the field every day.”

“Our company is here for the long haul. I know this, and our clients know this – we talk on the phone all the time,” Greg said. “And, I think this is one of the major reasons for having so much more success than our (much better funded) competitors.”

"Our company is here for the long haul. I know this, and our clients know this." [Tweet this] 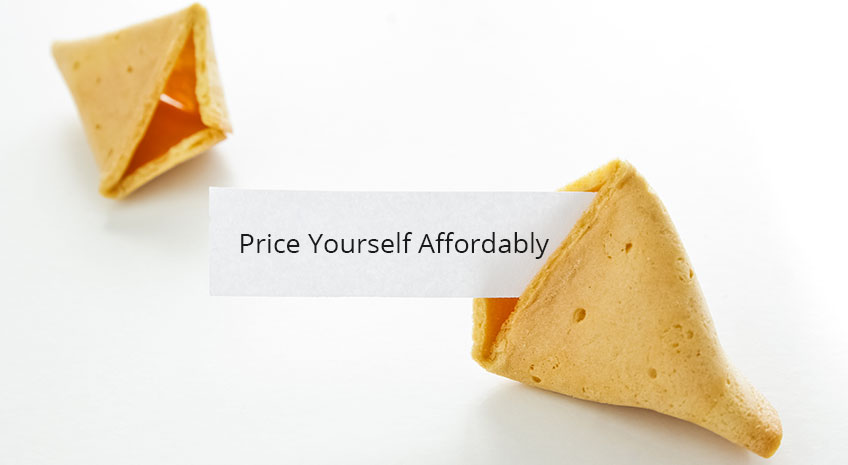 “When I first started my coaching company, I struggled to land the amount of clients I needed to be self-sustainable,” said Kristie Santana, who runs a team of professional coaches based in New York City.

One of her former co-workers gave her some advice: "You have to read your market and price yourself affordably. You don't want to price yourself out of the market."

Kristie followed this advice and lowered her prices. But instead of things getting better, the situation got worse. She was attracting more clients than she had before lowering her prices, but she was actually making less money for doing more work!

“The problem was that I didn't allow enough time for my company to attract the kind of higher-end clientele that I knew I wanted,” Kristie said. “Instead, I sold out to the lowest bidders in an act of desperation.”

Eventually, Kristie learned where to find clients that were willing to pay what her services were worth. With some patience, she grew her business enough to hire employees to take on those accounts.

“The truth is, anyone can start a business and attract clientele immediately if they price themselves low enough,” Kristie said. “But doing that is to miss the point of being an entrepreneur. The purpose of owning my own business was to work with people who valued their time as much as I valued mine, and it was my mistake to rush the process.” 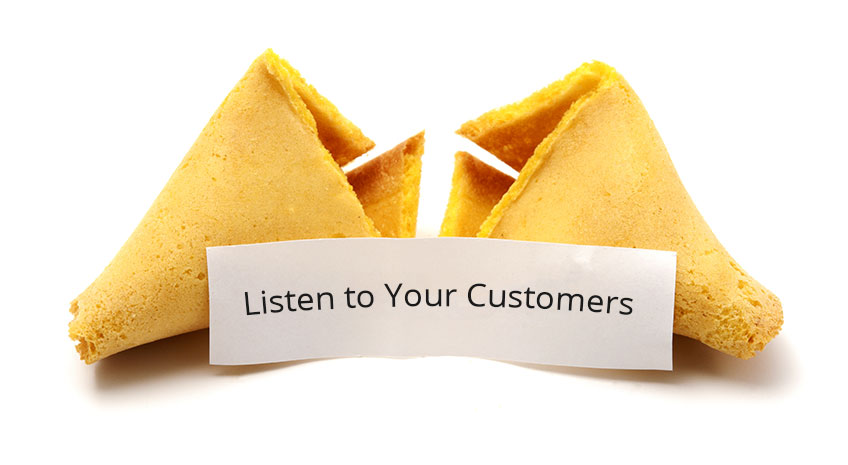 According to Rick Carlile, the founder of online professional services marketplace Aegora, the classic advice to “Listen to your customers” is frequently misinterpreted.

This advice is constantly given to entrepreneurs working on customer development, encouraging entrepreneurs to conduct interviews to make sure there’s a market for their product or service.

“Inexperienced startup founders hear this and ride off in all directions, manically interviewing everyone they can scare up about what they want in a product, dutifully noting down their answers, tabulating and turning them into statistics, and treating the results as if they were holy writ,” said Rick.

The problem is, this mindset often leads to an inferior product.

“Most people can identify their problems – but even smart ones don't know how to solve them elegantly,” said Rick.

He explained that most of the day-to-day problems your customers grapple with aren’t the problem your solution needs to address. Instead, you should be looking for the big picture behind all your customers’ responses when they’re examined collectively.

Rick encourages entrepreneurs to remember that they’re supposed to be the "vision guy." As he put it, "It's your job to identify and solve the problem that's causing your customers' problems."

"Identify and solve the problem that's causing your customers' problems." [Tweet this]

“So, yes, of course you need to listen to your customers – but it's the first step, not the destination,” Rick said. “The real good advice is ‘understand your customers.’ By listening to what they think, learn how they think. Once you've heard enough subjective opinion, you can use your unique perspective to make your innovative, objective decision.” 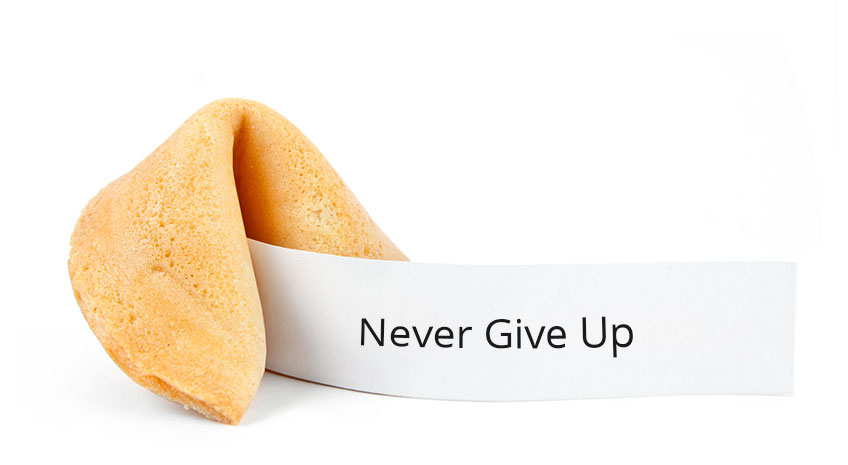 “Oddly enough the worst advice I ever got is the most common people give:” said David Mercer, founder of SME Pals. “‘Never give up.”’

“In fact,” he continued, “being a successful entrepreneur is about failing multiple times but learning from those failures in order to apply those lessons to the next idea.”

He explained that as long as you continue to learn from those mistakes, eventually you will “become experienced and wily enough to make something succeed.”

But in order to learn from your mistakes and gather more experience, you have to give up on that first idea. Otherwise you can waste a lot of time and resources undoing mistakes, rather than being able to start anew.

“What I think the saying should be is: ‘Never give up trying new things,’” David said. “Obviously, you can't flit from idea to idea without ever giving it a good go. But at some point it's important to know when to throw in the towel (give up) and move onto something new.”

"What I think the saying should be is: ‘Never give up trying new things.'" [Tweet this]

What was the worst entrepreneurial advice you ever received? Let me know in the comments!

About the Author: Andrea Lotz

Andrea is the resident writer for AllProWebTools. She loves to write about just about anything, especially small businesses, sustainability, and whatever is new and upcoming on the horizon.  She lives in Fort Collins and spends her free time cycling, welding, cooking, and playing ukulele.