Does this sound familiar? You’ve heard over and over again how valuable networking is to your business, but you can’t shake the feeling that you “aren’t doing it right.” You’re spending a lot of time and effort on your networking, but it’s not bringing you the returns you imagined, and you’re considering giving it up.

I hear these frustrations all the time, and as someone who spends a lot of my time networking, I get a lot of people asking me for networking tips on how I make it worth my while. Luckily, a lot of the things I do to make networking more fun while also making it more effective! I’m happy to share my networking tips, so you can take your next experience with networking from frustrating to awesome. Let’s get started!

Do you ever feel overwhelmed by the sheer number of networking groups, events, seminars, meetups, classes, etc out there? Yeah, there are a ton. But there’s a very good reason why that is. Networking with people who aren’t on your wavelength is a waste of time.

There are so many different groups out there because not everyone is looking for the same kind of thing from a networking opportunity. The bad news is, you might have to try a few that aren’t quite the right fit. The good news is, there’s almost certainly a group out there that’s exactly what you’re looking for. 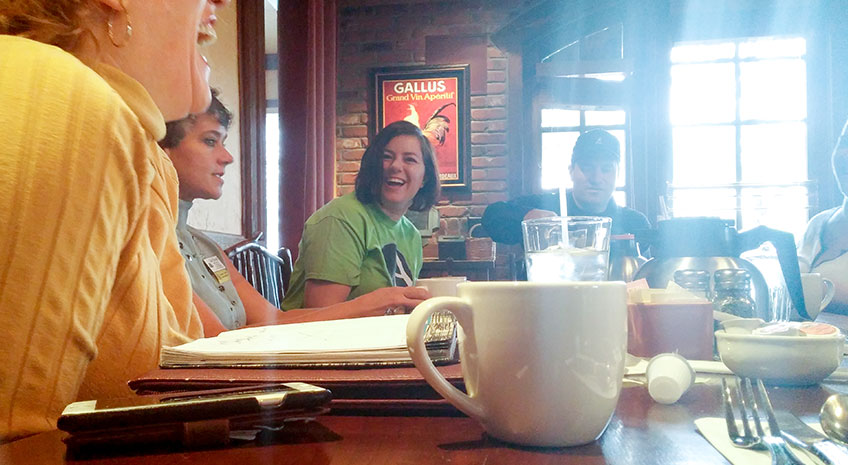 Finding the right group makes all the difference in the world in terms of both the amount of fun you have and how effective you are while you’re having all that fun!

This is one of my favorite networking tips, guaranteed to ensure you have a great time, but it’s also great for getting a good ROI on your networking efforts. Bring people to networking events with you! That includes your employees, your partners, your friends, and even your prospects!

Showing up to a networking event with a posse has a few major advantages. First, you immediately look super credible, busy, and important to everyone else in the room, and that makes you a very desirable connection. Second, the event organizer and all the regulars will absolutely love you for bringing in new faces, and they’ll remember you better next time.

Inviting your prospects in particular is a great way to add value to them, and prove you’re more than just a salesperson. You’re looking for ways to help them, whether you make the sale or not. Even if you don’t end up winning their business, they’re likely to refer you to someone else that’s a better fit.

Plus, you get lots of time to interact with them and and show them what you’re about. They’ll hear your elevator pitch, see you interacting with other people that know and like you...all this is a recipe for closing the deal, while also having a great time.

Tip 3: Save the Sell for Later

It might seem counterintuitive, but one of the best ways to increase your ROI from networking events is to focus less on the sell while you’re actually at the event. But ultimately, networking is never about selling to the person you're in front of. It’s about creating relationships that you build on gradually, then you can use these tricks to help close your leads and increase your sale amount.

Rather, your goal is to prove yourself to be a person worth knowing, talking about, and introducing to others. This will pan out for you later when you follow up and ask each of those connections you made who they can refer you to.

Remember that each person in the room while your networking knows hundreds of people (statistically about 600!), and will continue to meet more. You aren’t selling to the 30 people in the room with you. You’re selling to the hundreds that each of them knows, hoping they’ll think of you when they next hear of someone who has the problem you solve.

To that end, keep your focus on branding and differentiating yourself, rather than on selling yourself. This will lead to more referrals, but it will also make networking feel more like fun and less like work.

The follow-up from networking is where your ROI actually comes into play, as long as you can stay organized.

Prepping for follow-up starts at the event itself. You’ll almost certainly end up with a giant stack of business cards at your event, which is great. But when you go through those cards the next day (or a week later, if things get away from you), you might have a hard time remembering who was who and what they needed unless you made some notes on the cards themselves. Even just dog-earing the corner of cards you’re very interested in can be extremely helpful. For more great tips on creating a rock-solid follow-up strategy, contact CR Conversations, one of our AllProWebTools Experts.

I’m extremely lucky to have a CRM system that allows me to focus on the fun parts of networking, rather than the organizational nitty-gritty. I would never do sales without AllProWebTools, because it enables a process that really works for me. You can learn more about how to use AllProWebTools in this blog post I wrote recently.

Of course, all the organization in the world won’t do you much good if you don’t know how to build relationships rather than sell hard. As you’ve probably noticed if you’ve spent much time on the phone with me, I follow up with people I barely know as if we’re already friends. I focus on providing information and referrals, rather than selling hard.

These tactics work great for me, and hopefully they can help you also improve your networking ROI. If you do it right, networking will become fun as well as effective.

About the Author: Shantel Vines

Shantel is the Sales Manager at AllProWebTools, helping small business owners discover how they can achieve their revenue and growth goals by using the software. She has also been a small business owner herself for many years. Overall, Shantel’s passion is for helping people succeed both personally and professionally, whether they’re clients, members of her sales team, or part of her extensive network of small business owners.

Accounting: Industry of the MonthYour New Job and AllProWebToolsLyza: The Best First Week